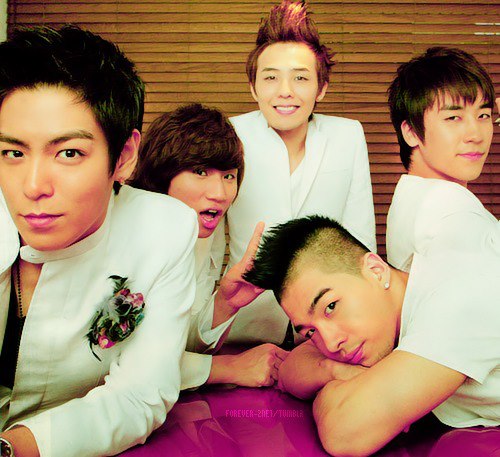 The only light in my day was when Jillyan would come to visit me and try to get me to eat.  Her animated conversations were too quick and lively for me to hold onto but the sound of her voice and her presence lifted me out of the dark for a few moments.  She rarely stayed longer than an hour, her life so full and busy, as it should be.  That she would make time for me was a gift I was grateful for beyond measure.  How I had come to be in such darkness was a matter I vigorously pushed away from my thoughts.  I was happy simply to exist and be surrounded by the darkness.  It didn't ask me for anything and I was safe.

Jillyan was quiet today.  I missed the melody of her voice excitedly telling me the details of some story I could not grasp.  Today she only sat and spoke in dusky tones.  I don't know how long it was after she left that I realized she had left her music player.  Her constant companion, I was sure she would come back for it.
I couldn't sleep.  I could not remember the last time I really did sleep.  I would drift in and out sometimes, but sleep eluded me.  Tonight it bothered me this lack of sleep.  People die when they can't sleep.  Was I dying in this darkness?  That thought bothered me less than the lack of sleep.  Death I could handle but surely I should get some sleep first.

In the middle of wakefulness, it occurred to me that some music might be just what I needed to silence my mind.  It took a while to figure out the music player in the dark.  I wasn't willing to risk the light for something so trivial.  Finally I figured it out and the first deep dark words of a song fed themselves into my brain.  That voice . . . it haunted me.  In it I felt reflected the pain I was feeling, had been feeling for so long.  I kept repeating it, over and over.  My cheeks were wet, I was crying.  Silent tears of loss held inside for so long were leaking out.  I couldn't stop listening to that voice.  I couldn't understand the words, some language I used to know but now eluded me or a foreign language, I could not be entirely sure.  I slept.

Was it my imagination or did the room look a little brighter today.  More gray, less black.  I had slept without dreaming but still I was comforted by the sleep.  Sometime in the night the music player had died.  Still the song played over and over in my head.  Suddenly, I couldn't get comfortable.  The world I had created suddenly felt awkward and ill-fitting.  I wasn't sure what to do.  I had created a sea of blankets and pillows and I felt like I was now drowning.  I started folding blankets and pushing pillows into stacks until finally I had a less cluttered area to lie down.  I was exhausted.  What was happening to me?

Jillyan came to visit as she always did and brought fruit.  Although usually I would pick at whatever she would bring me to eat, today I was hungry and listened to her talk while devouring the fruit.  She was back to her happy self and talking about something that happened at school.  She pretended not to notice that I had been straightening up or that I was eating hungrily, but she did notice the music player.  She left for a few minutes and brought back the charger and set the music player up to charge.  She said I could hold onto the music player for a while, she had gotten a new one.
Over the next several days, I continued to listen to the music on the music player.  At some point I realized that it was a foreign language I was hearing but I liked that I could respond to the feeling of the music without knowing the words.  But the more I listened, the more things started to make me uncomfortable.  Why was I sleeping on the floor when I had a perfectly lovely bed?  Why was my hair such a big ugly mess? When was the last time I had washed it or showered?  And what was I wearing?!

Slowly over the next month or so, I started to make small changes each day.  I let a little more of the light in and I didn't die from exposure.  Jillyan was coming more often to see me and bringing me yummy food which I now looked forward to eating.  She wasn't asking any questions or making any observations, but I am sure she had to notice that things were changing.  I was still wary of leaving my room except for short visits to the bathroom or the kitchen to get more food, but my room was starting to get bigger.  Jillyan was carrying blankets and pillows out with each visit and little by little, I was starting to accept the light into my room and into my heart again.  I was growing stronger.

Jillyan brought a laptop with her one day.  She wanted to show me how to find more songs for the music player and how to upload them.  She told me about her love for Korean pop music and Korean dramas and how she had first gotten interested in them.  She pulled up a photo of a group called Big Bang and told me that the song I listened to over and over was one of theirs.  She said she thought that the voice I liked belonged to T.O.P.  For the next few weeks, I retreated a bit into my room again.  The internet became my home and I was learning everything I could about Korea and the music and the dramas and Big Bang and T.O.P, and other Korean pop bands, like Jillyan's favorite, Shinee.  Somewhere in the middle of it all, a small kernel of an idea started to form inside my brain.  Impossible I responded, but the idea began to haunt me and I couldn't get it out of my mind.

Jillyan came to see me early one morning and asked how brave was I feeling?  She wanted me to go somewhere with her.  The thought of stepping outside my room was gut wrenching.  I was filled with panic!  She talked soothingly and said it would be just us, no one would be around, and we could come back when I was ready.  I looked closely at Jillyan.  She seemed really tired and worn out.  She had been my light in the darkness for a long time.  How could I refuse?  She helped me pick out an outfit and helped me with my hair and makeup.  She took hold of my hand and slowly we walked out of the room that had been my sanctuary for so long.  She held fast and pulled me along until we were outside of the house.  The world seemed too bright and I was afraid.  Carefully, she tucked me in the car and made sure I had my seatbelt on and then got in the driver's seat.  She turned to smile encouragingly at me.  I had to laugh at the absurdity of it all – my younger sister, taking care of me like a child.  When had we switched places?  I pushed the thought away quickly and took a deep calming breath.

Jillyan drove us to a park and we walked for a while in silence.  It was a beautiful spring day.  The sun was so bright it made my eyes water but it felt good to be outside.  I could sense that Jillyan had something she wanted to talk about but she was unsure how to begin.  We found a bench under a tree and sat down to rest.  Jillyan turned to me and started simply, "You have to accept what happened and move on with your life."  I didn't know what to say so I waited for Jillyan to continue.

"There wasn't anything you could have done.  It wasn't your fault.  No one blames you or holds you responsible.  You were the victim in all of this.  You have to let it go."

I could feel hot tears streaming down my cheeks.  Jillyan was crying softly too.  I knew that she was right.  That I had to let it go and move on.  But knowing and accepting something are two different species.  I started to speak but Jillyan interrupted me, "Bella, I love you.  I just miss my sister.  What can I do to help you get over this?"

Jillyan looked at me and for the first time I could see that she saw clearly all the pain I had been carrying for so long.  "Where do we go?"

I looked quickly at Jillyan, startled by her question.  "We?"
Jillyan smiled through her tears and said simply, "Where you go, I go.  Whatever it takes, I want to be by your side to help you.  You can't get rid of me."

I wiped my tears away with my sleeve while contemplating the enormity of what I was about to propose.  I took one big breath and let it out slowly . . . "I have an idea but it's really crazy.  Enormously crazy.  You will really think I have really lost it."

Jillyan laughed and her laughter was hopeful and filled with light, "You've already lost it.  Let's see if we can't find it again.  I'm in.  Whatever it is."